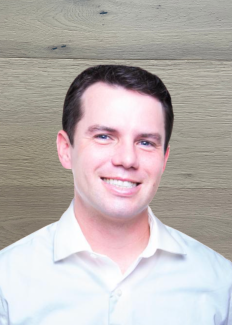 While traveling through Ireland, Jon and his dad spent two nights at a charming B&B in a remote coastal town. Jon later discovered that they had been staying with one of his friend’s parents. In the bedroom the friend grew up in!

Ask Jon what attracted him to Brio and he’ll tell you it’s the people. At first afraid that they were “too good to be true,” he quickly decided that if Brio takes care of its employees so well, the clients must be treated like royalty. And that’s important to him, perhaps given his start in the financial world.

Fresh out of school and working as an investments analyst in 2008, Jon had a front-row seat for the financial crisis. This humbling experience taught him that he was dealing with real people, not “clients.” This set him on a path to dive deeper into investments to be able to interpret what was going on and build products that offered the value investors deserved.

Each subsequent job on Jon’s path has brought him to his role at Brio, where he is involved in everything from improving our investment strategy to streamlining processes to implementing the best practices for trading and wealth management that he has picked up over the years. Jon is also our go-to source for technical investment questions, whether from clients or the Brio team. (He did build out an algorithm for a hedge fund, after all.)

When he and his wife Hannah are not traveling, Jon loves to cook. He particularly enjoys going to Asian markets and choosing fish he’s never heard of to see what he can make out of it. Hannah is reported to be a very good sport about his culinary experiments.

Jon is also passionate about golf and sharing this passion. That’s why he’s a board member of the local chapter of First Tee, an organization that introduces golf to children who might not otherwise have the opportunity, as well as providing mentorship, college prep, scholarships and more.