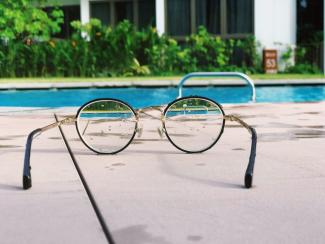 Does most retirement planning focus on the future at the expense of the present? One noted economist makes that case. Laurence Kotlikoff, the former White House economic advisor who writes for PBS NewsHour, contends that your retirement savings effort should be structured in a way that allows you to protect your standard of living today and tomorrow.1

A key question in retirement planning is “How much will you need to spend in the future?” Kotlikoff thinks the appropriate question should be “How should you gradually adjust your household spending as you grow older?” He argues that basing your retirement planning on a projected retirement income target is faulty.1

As an illustration, he references the example of what you do when you have errands to run before you catch a flight. The wisest thing to do is to start with your departure time and think backward. (How early do you have to be at the airport? How much time will you need to complete errand A and errand B? How much time should you allow for travel between A & B and after B?) This is what we usually do, and how we figure out when to leave home with enough time to accomplish everything. You plan by looking backward from the future.1

Kotlikoff thinks that typical retirement planning only looks forward. It projects an income target and implies that you have to save $X per year or per paycheck for X years to build a sufficient nest egg to generate that income. This amounts to mere guesswork, he believes, and invites two potential problems. One, if the retirement income target is set too high, you can end up saving more for retirement than you really need and injure your standard of living before retiring. Two, if the retirement income target is set too low, you can end up spending more than you should before you retire and saving less than you need. (And there’s another question. Will your household spending in retirement match what it was years before? Maybe, maybe not.) Kotlikoff thinks that lifetime spending and saving plans have more merit – again, planning by looking backward from the future.1

Is saving overrated? It is pounded home that Americans aren’t saving enough for retirement, but some people don’t think saving is the only step to retiring well. In 2013, retirement planner Joe Hearn (one of MarketWatch’s RetireMentors) posted a column noting several other tips to entering retirement in better financial shape. One, retire without debt. Two, retire with a paycheck (start a small business or work part-time). Three, don’t claim Social Security at 62. There were other pointers, such as retiring to a cheaper part of the country (or world) and going overseas for major surgeries. (As an example, the largest cardiac hospital in the world is India’s Narayana Hrudayalaya Health Center, which is highly regarded and charges about $2,000 for open heart surgery.) If you haven’t saved much for retirement, alternative financial moves like these (and others) could conceivably leave you with lower expenses and more money to live on or invest.2

Should you borrow money & invest it for retirement? This idea definitely isn’t for everyone; it was championed in 2010 by Yale University economists Ian Ayres and Barry Nalebuff. As twenty-somethings have time on their side but not usually a lot of money, Ayres and Nalebuff contended that young people would do well to borrow money and invest it in equities. You don’t need to see a loan officer to make this happen, as there are ways to do it through brokerages; a family loan could also be made pursuant to the same goal. As the risks are potentially major for borrower and lender, you don’t see many such arrangements.3

How about asking your employer for a second retirement plan? Some people have the leverage to pull this off. In particular, doctors and executives without much in the way of savings can make a valid argument that they need (and should have) a deferred compensation plan in addition to the usual qualified retirement plan, as Social Security payments won’t seem large enough when retirement comes. It helps, of course, if they have worked for the employer for quite some time. A reasonable benefit from such a plan would = number of years that the executive or doctor has worked for the employer x 2.0%.

With many people finding it a challenge to save for their futures, it isn’t surprising that these unconventional moves are getting a look.

The opinions expressed in this article are for general informational purposes only and are not intended to provide specific advice or recommendations for any individual or on any specific security. It is only intended to provide education about the financial industry. To determine which investments may be appropriate for you, consult your financial advisor prior to investing. Any past performance discussed during this program is no guarantee of future results. Any indices referenced for comparison are unmanaged and cannot be invested into directly. As always please remember investing involves risk and possible loss of principal capital; please seek advice from a licensed professional.